Kpeve (V/R), Aug. 31, GNA – The youth in South Dayi District of the Volta Region have pledged to champion peace and unity of the country and desist from any violent extremism and terrorist activities.

They promised to be ambassadors and advocates of national cohesion and peaceful co-existence to accelerate the progress of the country, and report any threat to national security to various security services for prompt action.
The youth in a communique issued, after a day’s intensive Youth Activists Workshop on peaceful co-existence and inclusive participation, said peace was an essential tool for development, hence it must be cherished and safeguarded by all.
The workshop organised by the South Dayi District Directorate of the National Commission for Civic Education (NCCE) in collaboration with the Ministry of National Security discussed issues including dangers of secessionism and violent extremism. 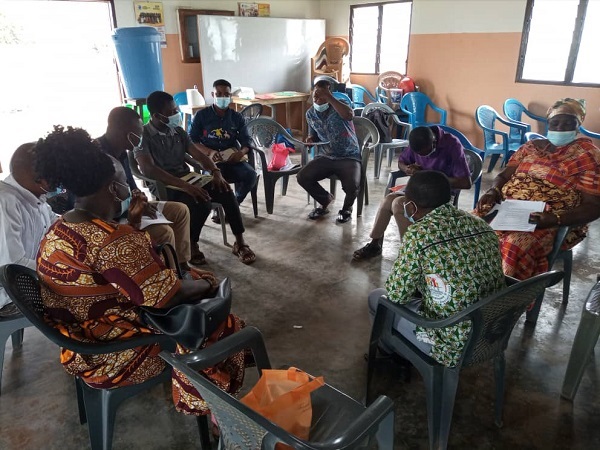 It also looked at national security and the national framework for countering violent extremism and terrorism, Public Order and Vigilantism Acts, Alternative Dispute Resolution (ADR) Mechanisms among others.
The youth also promised to use appropriate channels to seek redress of their grievances, saying, resorting to violent means to address grievances was not helpful in the country’s progressive match.
The communique asked government to take necessary steps to address unemployment situation, ensure even distribution of the country’s resources, provide equal opportunities for all and ensure that issues of discrimination and marginalisation were dealt with amicably.
The Reverend Theophilous Mawuena Aklaku of Peki College of Education, said secessionist inclination was never the way to go “if we should embrace the principles of national cohesion and peaceful co-existence.

He said the glory of God upon the nation would depart if the citizens failed to promote national cohesion and peaceful co-existence, and asked leadership at all levels to work hard at maintaining the current prevailing peace and unity of the country.
Rev. Aklaku admonished people in authority to desist from insensitive and tribalistic utterances, as those utterances had the tendency to fuel secessionist attempts as they make some ethnic groups feel marginalised.
Mr Isaac Ocran, National Security Operative, disclosed that the Ministry of National Security was collaborating with the government to find solutions to some identifiable causes of extremism.
Mr Tito Voegbolo, Secretary, NCCE, Head Office, said the Commission would not relent in its efforts to sensitise the populace on the relevance of unity, and called on all to come on-board to move the country forward in peace and unity.
Mr Bosson Amedenu, South Dayi District Director of the Commission, entreated the participants to share what they learnt with the family members, friends and colleagues to protect the cohesion and the prevailing peace.
Deputy Superintendent of Police (DSP), Harry Selormey, Kpeve District Police Commander, encouraged the participants to continue to abide by the laws of the country and endeavour to inform the police whenever they wanted to embark on any demonstration as prescribed by the constitution. 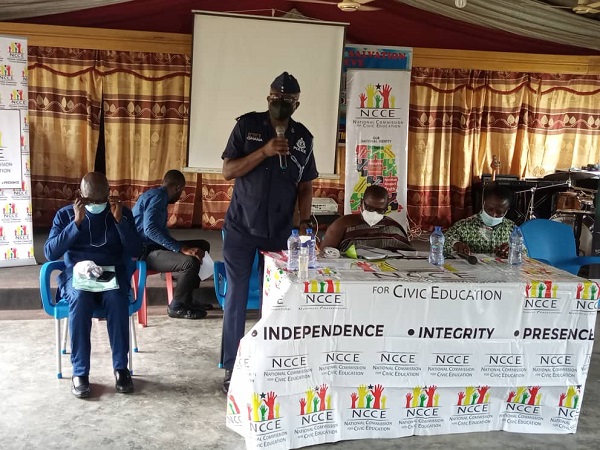 Togbe Adza Wiah Kwesi II, Chief Wegbe-Kpalime, announced this at a durbar to climax their…

The District Chief Executive for the South Dayi District, Kafui Semenu Bekui has admitted that a number of communities in the district have been faced with difficulty in accessing potable water and that the people have high hope government bringing the situation to an end

Find Us On Facebook
Upcoming Events
View All Events
Archives

© 2021 South Dayi District Assembly. All Rights Reserved | Developed by The Idea Hub
Back To Top